**I’m going to take a little time to write a “featurette” about each of the kids this Thanksgiving season. Because, well – I’m thankful for them! And I love ‘em. How unique they are! We are blessed by them being a part of our family and we enjoy watching each unfold into the person God has created him or her to be, and we are grateful.** If you missed the first part about Jake, you can read it here.

Today we’re featuring our 2nd born son, Cole — This guy is laid back. But hyper. He’s quiet. Yet talkative. Contradictory? Not really. Cole *is* laid back, until you feed him sugar. Then he’s hyper. And he’s quiet, until he’s really warmed up to you and has something on his mind. Then he’s very talkative.

He’s also very busy. These days, you can find him tearing through his school work. Not because he loves it. No; he’s almost always got a project on his mind and knows that getting school done will then allow him to get his chores done which will free him up to getting on with the things in life that matter most to him. Hunting. Fishing. Exploring. Creating. Building. Trapping. Making smoke bombs and fireworks. He’s got numerous hobbies and interests. Like rabbit hunting. He skinned it, cooked it, and then ate it. 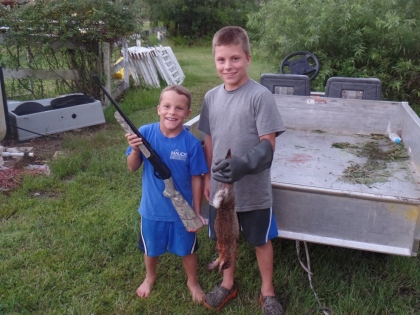 “Cole??!!” I call this morning. “Yes?” He answers from the dining room table where he’s tackling grammar. Or was it signing up online for the FL boater’s licensing course? Or –is it possible– both?? Yep, I told you he’s got numerous interests. 🙂

Cole is a great student. I enjoy teaching this kid. We learn similarly so it makes homeschooling him pretty simple. He’s focused and independent. He likes a list so he knows what’s required of him. He can sit down in the middle of a crowded room, with all sorts of noise happening, and get his work done.

I just love how great he is at entertaining younger kids. He has a knack for including them in what he’s doing. He’s playful and fun and little ones are drawn to him. He’s patient with them, including his younger siblings. Dean loves to tag along with Cole and join in on all the fun adventures that are sure to be had! But it might just be tinkering in the garage. And that’s ok, because with Cole around, of course it’ll be fun. At some point, there’ll be a ‘possum in the trap or a fish in the skillet, or knee-boarding behind a golf cart (don’t ask!). 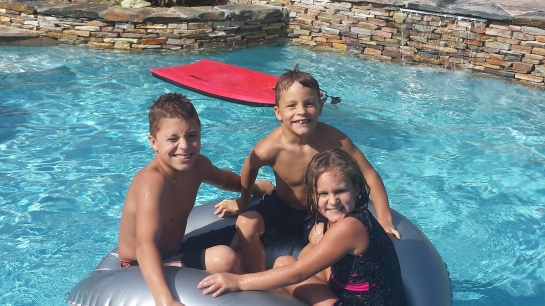 One of his latest endeavors is gardening. He began with saving pumpkin seeds to plant. Next thing I know, he’s got a garden plot in the back field. Of course that means a fence has got to go up — we have deer back there. No worries, he’s got that covered. He checks in with dad along the way, asking about using this board or that. “Who put these posts in?” I ask. (Silly question). “I did,” he answers. “What did you use?” (Another silly question.) “Those,” pointing to a digging bar and post-hole digger. He’s a man of few words when it comes to his work. The posts don’t wobble; I’m impressed, but shouldn’t be. It just surprises me that a 13 year old boy spends his free time building a fence for his garden. For fun! And to think I brought home a “surprise” for him from the hardware store: garden plants! Broccoli, lettuce, tomatoes and onions. How many kids would think that’s great??!

He can work alongside Ken on a job site and keep up. He’s got a way of thinking ahead just enough to grab that tool when Ken needs it, or hustle to the trailer for a saw. He’s strong and hardworking. He’s determined and focused and yet still has creativity running wild in his brain . . . like his latest idea of raising pigs. 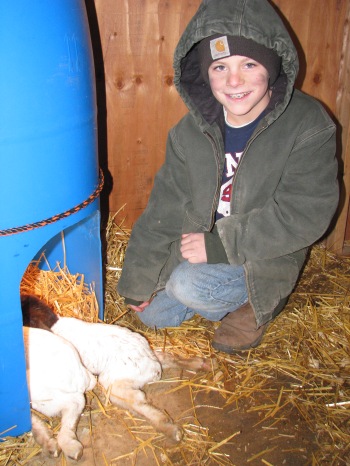 Cole has a refreshingly black and white outlook on life. And sometimes annoyingly so. You know, things are not always so cut and dry. So he’s got to learn to bend a little with the gray areas of life. And realize that technology isn’t all bad! He’s sassy and sarcastic, and is learning to reign in his tongue (which happens to be my struggle too — poor kid!!) However, we love his “off the cuff” style which shows he’s not overly concerned with what others think of him.

We’re so thankful for this young man — this boy who is filling out through the shoulders and arms. Which reminds me that he’ll not be a boy much longer. I want to hang on to him. Keep him right where he’s at. He’s fun. He’s energetic. He’s uncomplicated. He’s brave. He’s deep. But I don’t think those aspects will change. I think he’ll keep those traits long into adulthood. I pray he does. God’s got something special planned for this adventurous guy! And I can’t wait to see what it is. 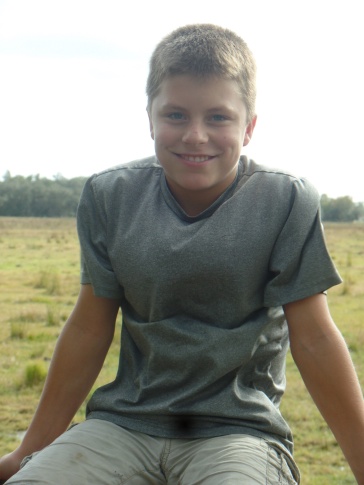 P.S. To all family members: any thoughts on who he remind you of?? 😉